The mother of all years

Here is a picture of me on my fifth birthday, with my brand new baby, Morris. 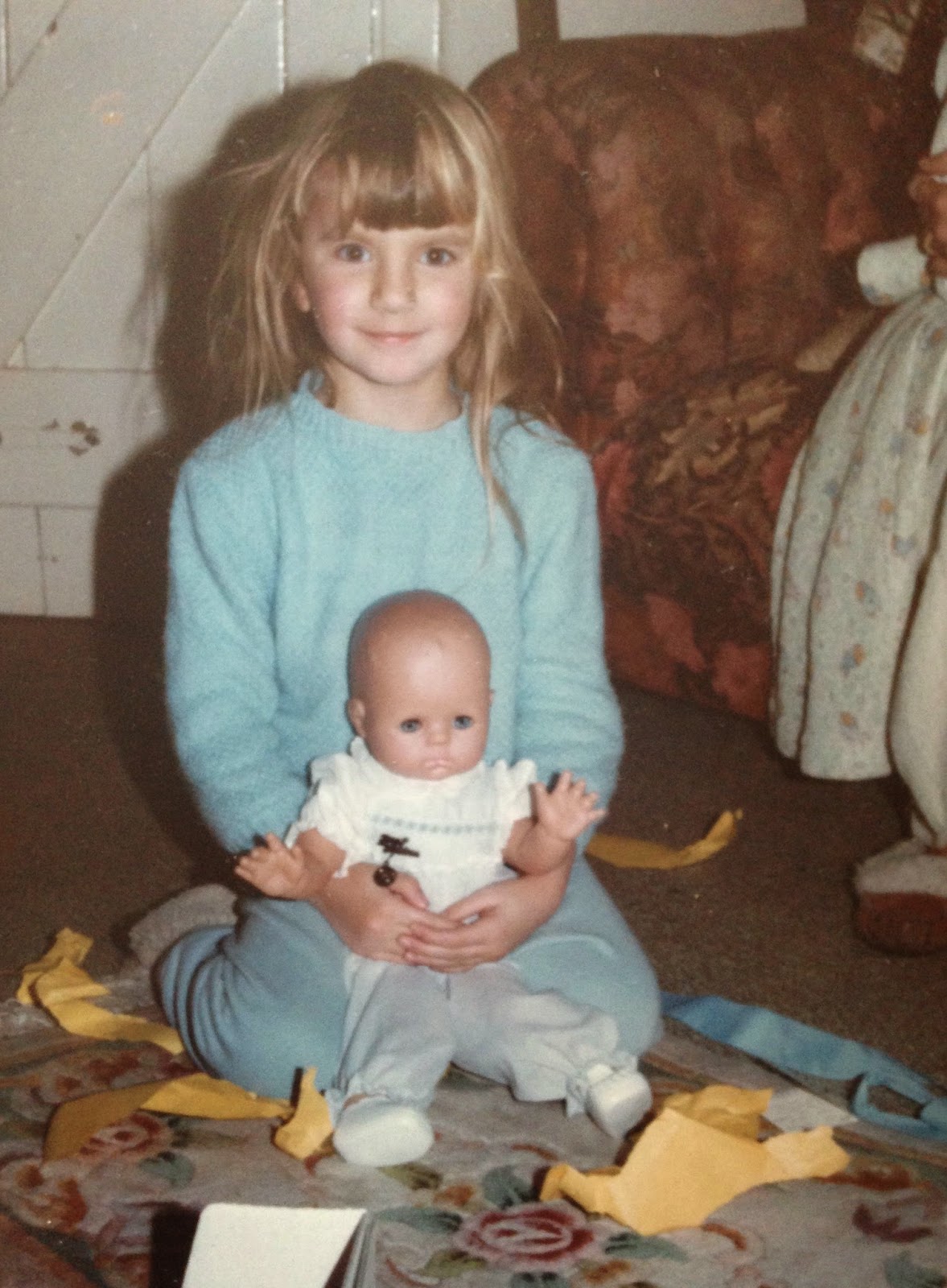 I was never much for dolls as a child. Climbing trees and playing football were far more preferable to me than cooing and cradling and yet… there was Morris. He was both planned, and deeply anticipated.  Before he arrived his name was already waiting, as was a pile of handmade clothes. I wasn’t any good with a needle and thread - again, tree-climbing and ball-kicking – but I could wield a stapler and a roll of sticky tape with the best of them. I raided my mum’s bag of fabric remnants, and ‘stitched’ him a pair of dungarees and two shirts. When Morris arrived, and I found the clothes I’d lovingly made him were far too small, I cried. It felt like my first maternal misstep. I should have taken it as warning.

Here’s another picture, this time from last April. Calvin is about ten weeks old and I’m thirty-five. To the five year old me, that would have seemed like a towering age at which to first become a mum. But then I didn’t become the owner of a donkey sanctuary, or a Wimbledon champion either, so I guess life doesn’t unfold as we, at five, might imagine. In fact, when it comes to motherhood, it doesn’t unfold as we might imagine at thirty-five, either. 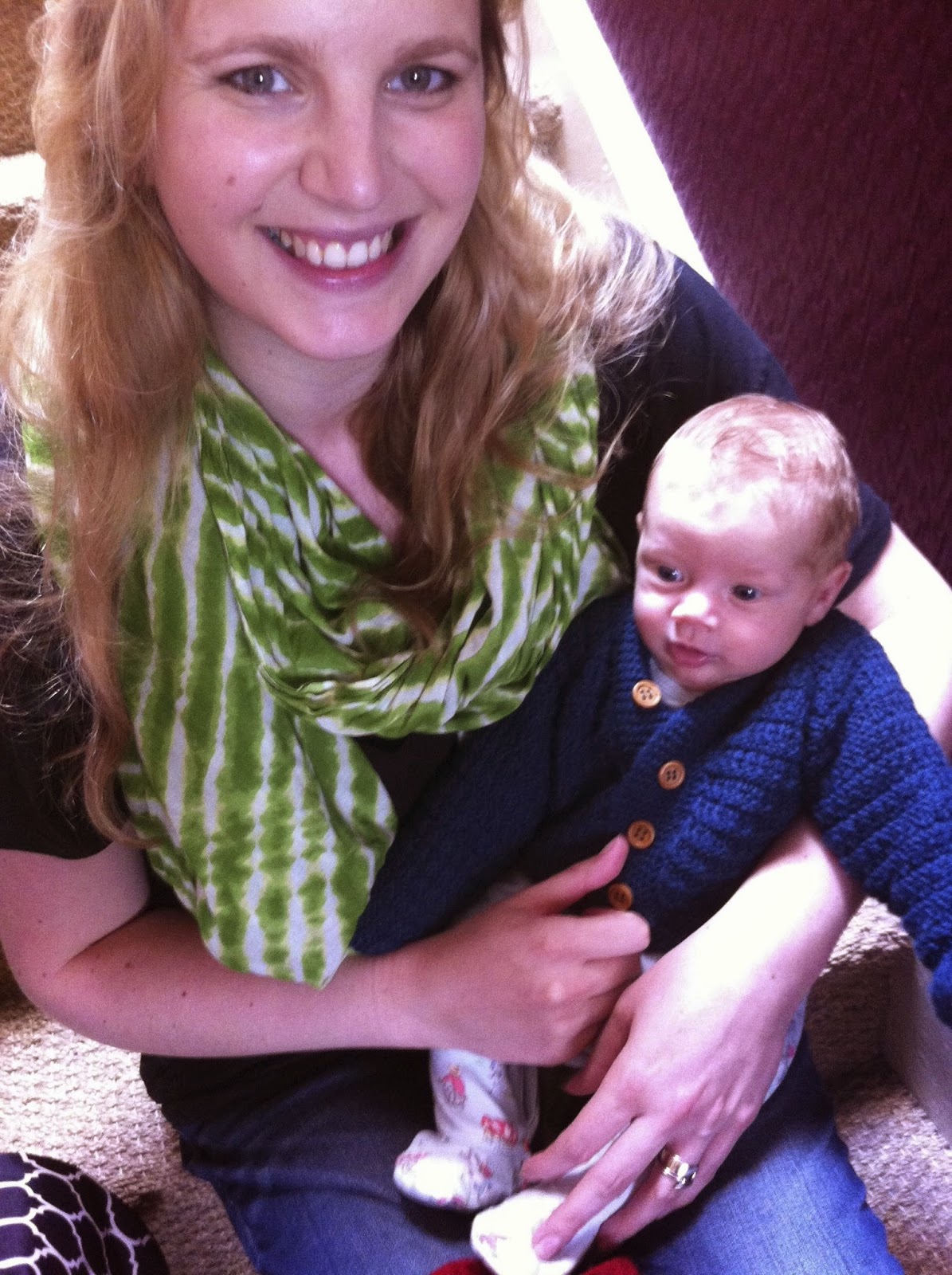 I would never have imagined that CJ, now aged one, would still be sleeping in our bed each night, lolling between us, his arms thrown out wide with sweet abandon as we just about cling to the mattress. Nor that for the first five months of his life he’d sleep only on our chests, curled in a ball as tight as a hedgehog. Each night I’d wedge him between my boobs, falling asleep kissing the top of his head – neck only marginally cricked - and wake up again doing the same. I would never have imagined that my first three months of motherhood would be so coloured by breastfeeding woes, that I’d forever be clapping on hot compresses, or ice-packs, or grimly massaging blocked ducts, my tears rolling. I’d thought only cows got mastitis, just as I’d thought abscesses only appeared in mouths. I would never have imagined that my emotions would run so close to the surface that the slightest thing could tip me, or trip me; failing to close the freezer door and all the reserves of baby food I’d made going to ruin; struggling to put a shoe on a fast-kicking baby’s foot; incessant crying in the early weeks cutting right into the core of me, quickening my heartbeat, my own voice hitting a keening note in reply. I would never have imagined how the feeling of immense responsibility would wallop me right in the chest, and every so often the prickling sensation of alarm, that my old life was gone, quite gone. I never would have imagined that I would be okay with this last. That I wouldn’t, in fact, have had it any other way. Nor would I have imagined that marveling at my baby would show no signs of running out, my infatuation rendering me, I admit, practically moronic. Oh, look at his hair! Oh, his two front teeth! The underside of his foot is so smooth! His laugh! Wondering at every millimeter of him, ad infinitum. The other thing I could never have imagined as that small girl is the importance of the person by my side. This last year, Bobby has astounded me almost as much as our son. My gratitude to him, for being an amazing husband and dad, is boundless. As is my respect for anyone who walks this crazy path alone.

This Sunday will be my second Mother’s Day. I now know why, when someone says ‘the mother of all’, they are talking about the absolute extremities of experience. This has certainly been the mother of all years. And will it always be like this now, I wonder? The everyday effusion? The elemental reactions? The sense of change upon change upon change.  Of swooping fear and soaring delight. Or is this first year - with the transition from squirming, squalling newborn to adventuring, muddy-kneed toddler, the journey from startled new mum to slightly more adjusted mum - the most extreme of all? Perhaps A.A. Milne has the answer: ‘When I was one, I had just begun’. For Calvin there are still first words to come, all the flavours of ice cream, the zig-zagging path of a never-steered-before trike. For me, the last time I unclip my bra, and lift him to my breast, knowing it’s our final feed. The first time we leave him with someone else for a whole day, a whole night. The first time I watch, helplessly, as he takes a humdinger of a fall. But these are the broadest brushstrokes. I can’t know how they’ll feel, and feeling is, after all, everything.

I look again at these two photographs, thirty years apart, and the similarities are striking. In each I’m holding onto something beloved, and smiling into a future I can’t possibly imagine. 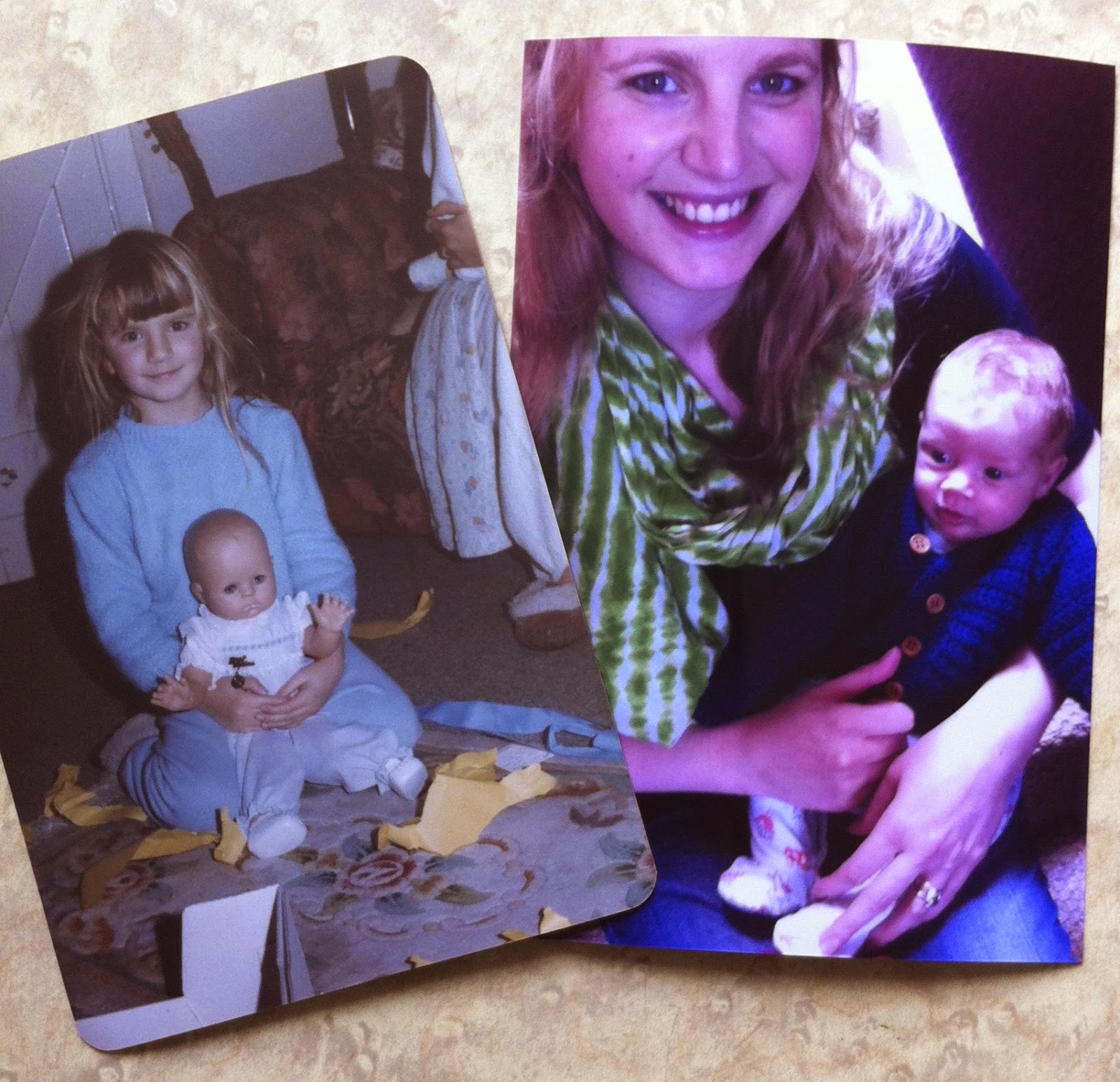