The treat of a retreat - a Book Slam blog

Self-styled retreats-for-one have become a necessary, and very enjoyable, part of my writing process… I told Book Slam all about how and why I do it, which you can read HERE.

Last week, I moved out of my Writing Room. With a baby on the way we've had to have a rethink, and decided that our bedroom, a small, sometimes chilly space at the back of the house, wasn't the ideal first sleep spot for him. My Writing Room, on the other hand, makes for the perfect space - it's better insulated, there's plenty of room for bed and cot, and it has nice honey-coloured floorboards on which to pace about in the small hours… So, somewhat ruefully, I packed up my desk, books, notepads, and paraphernalia, and switched rooms.

My reluctance to move was entirely sentimental. Ours is a rented house, but I'd become thoroughly attached to my writing space. We moved here two years ago, just as I was starting out on my second novel, and doing final line edits on The Book of Summers. I quit my job the same month, so my room symbolised the start of a new phase in my life, that of a full-time writer. I've always been fascinated by artists' studios and writers' rooms, so I revelled in creating the perfect working environment, full of inspiration and colour and light. I wrote about my room for Novelicious, a piece you can read HERE, where I talk about the relevance behind particular objects, and back in the summer the photographer Alun Callender paid a visit, as part of a shoot for Sainsbury's Magazine. He took such beautiful photographs that I wanted to share a few of them here. A pictorial ode to a room I've loved. Thank you, Alun. 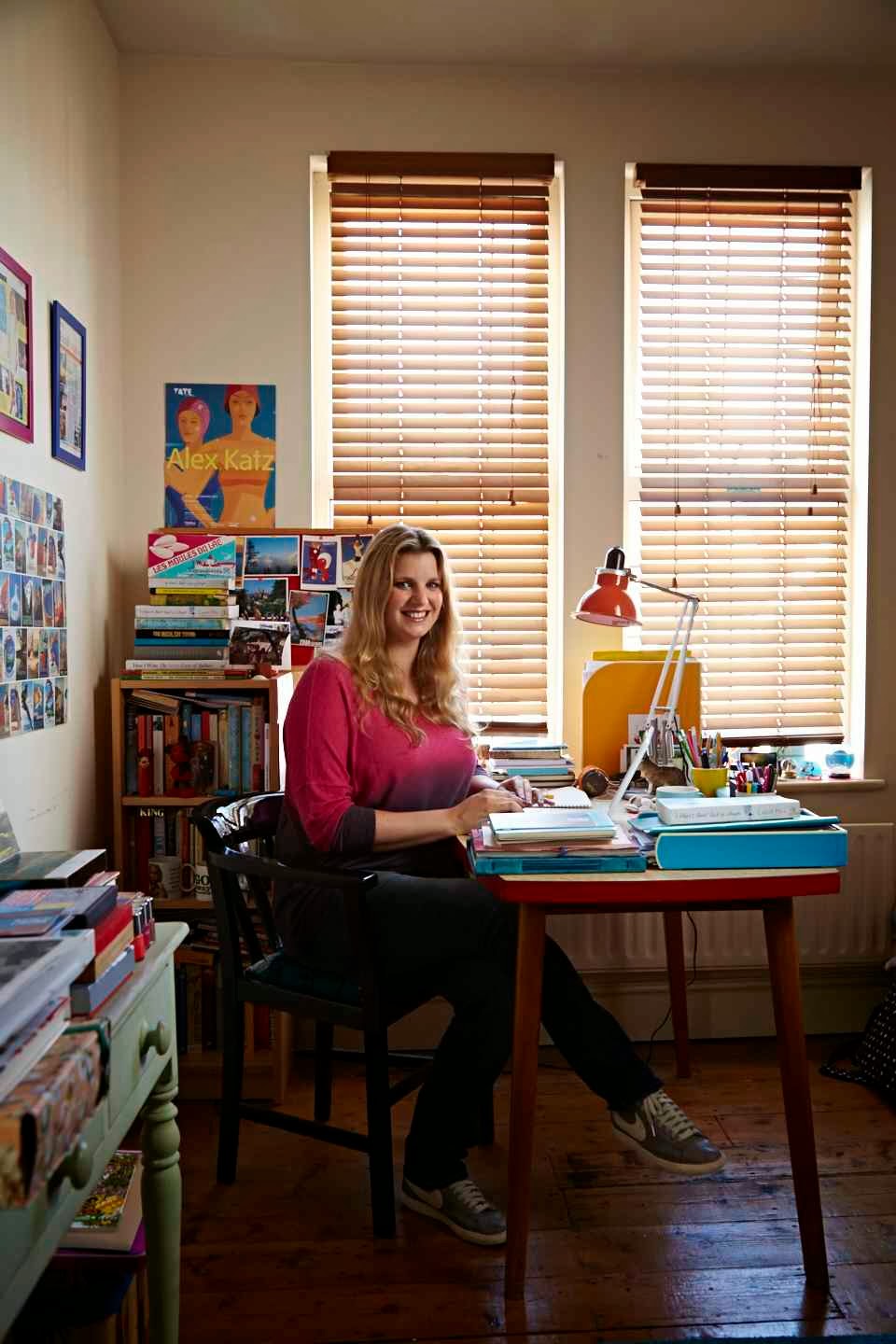 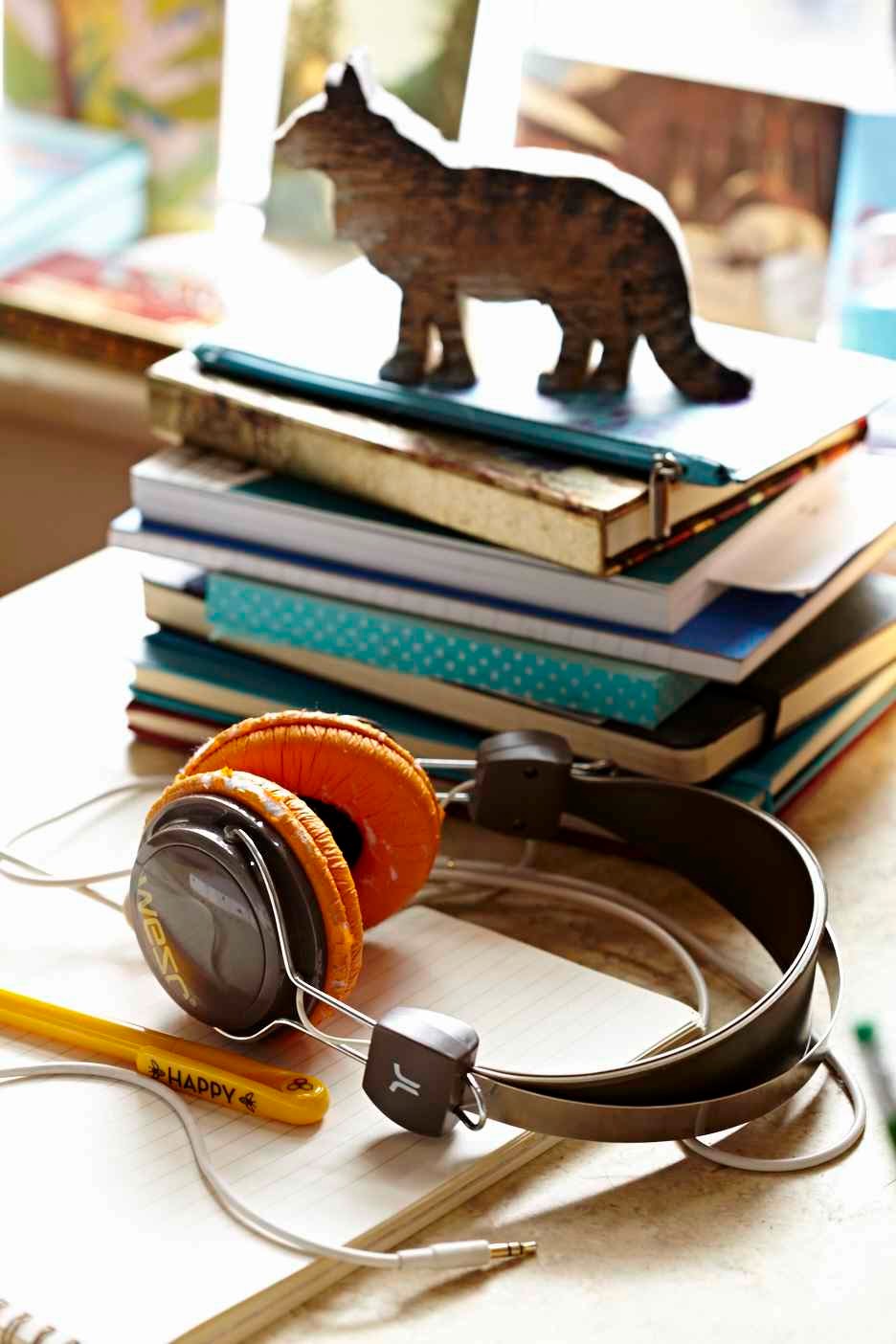 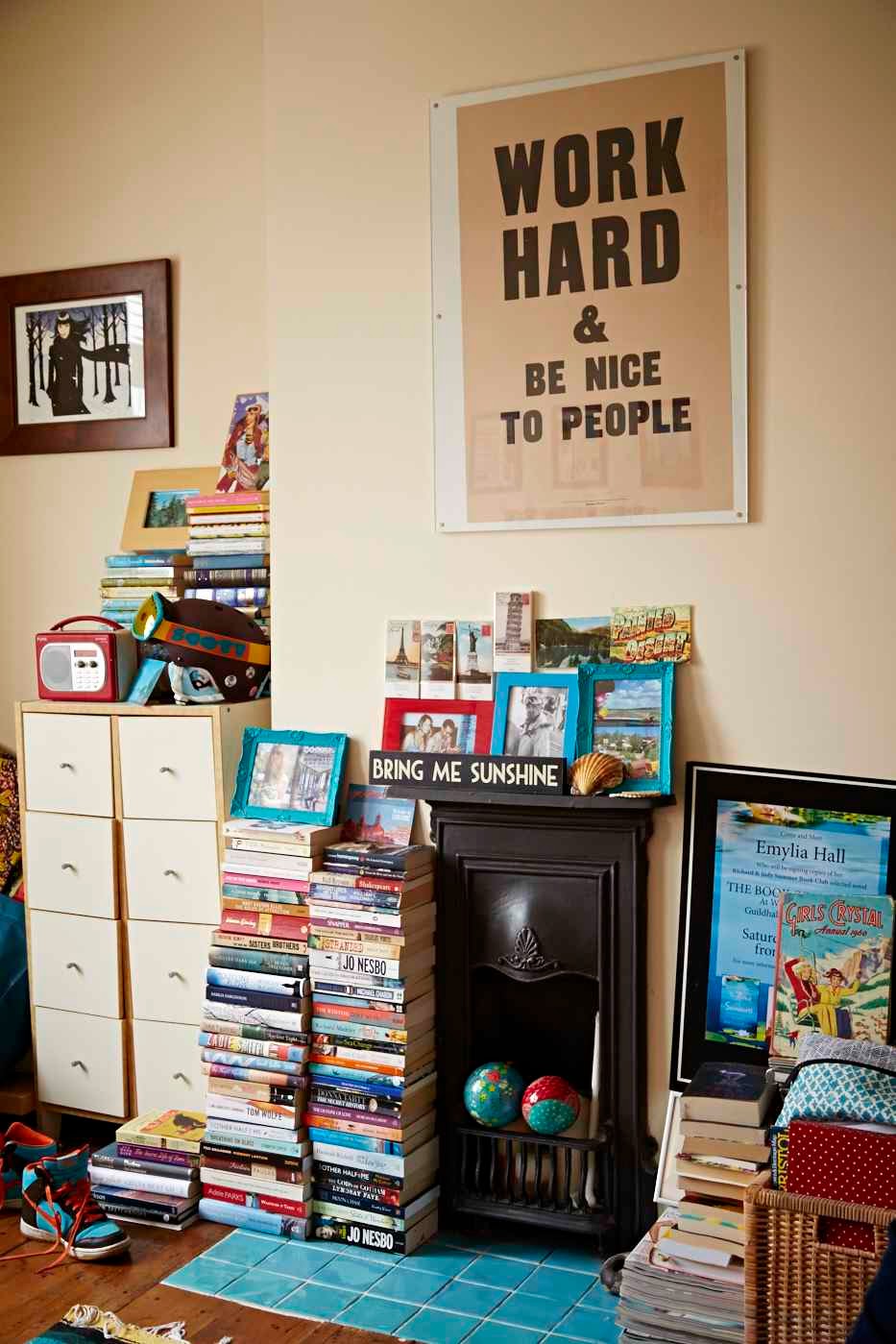 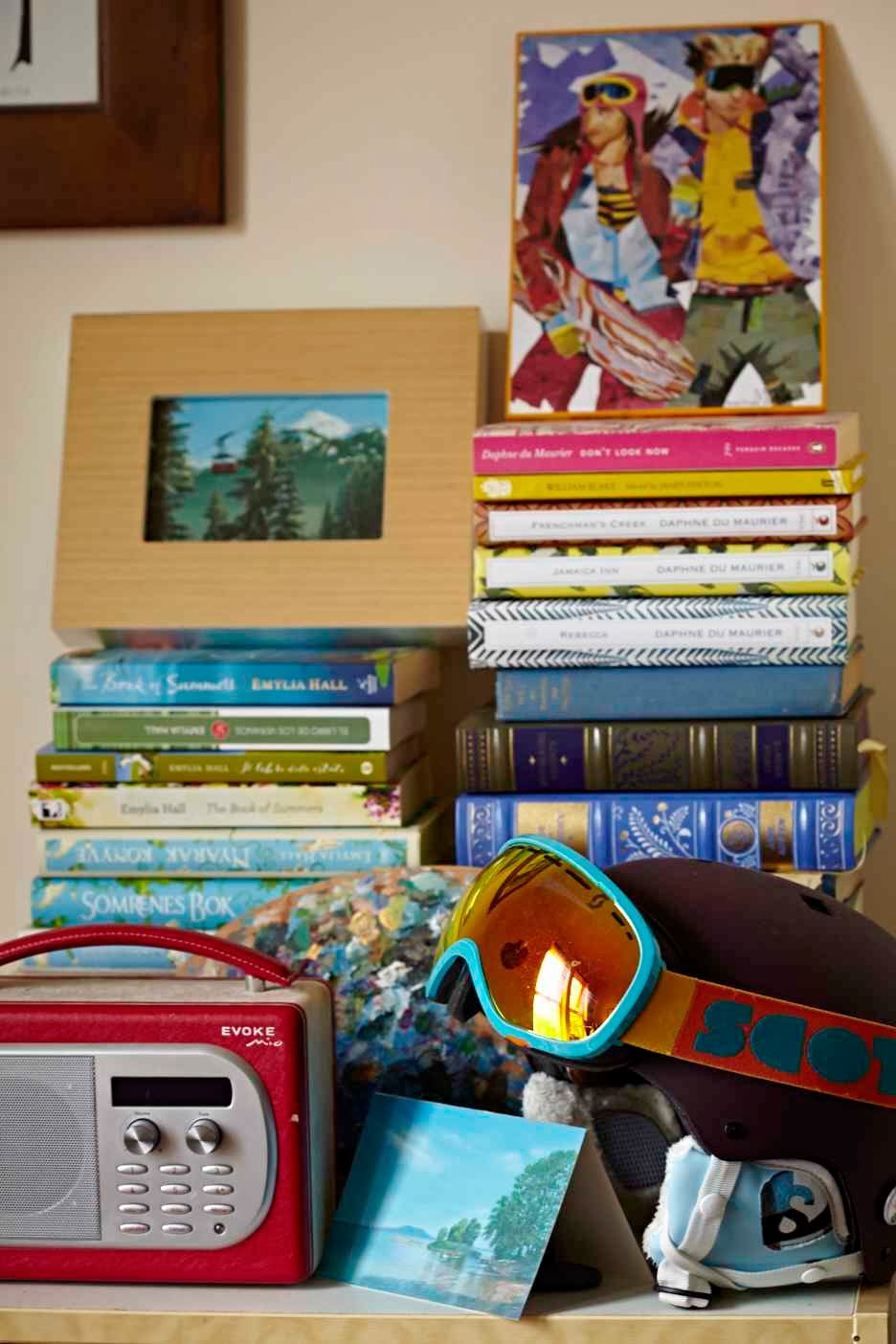 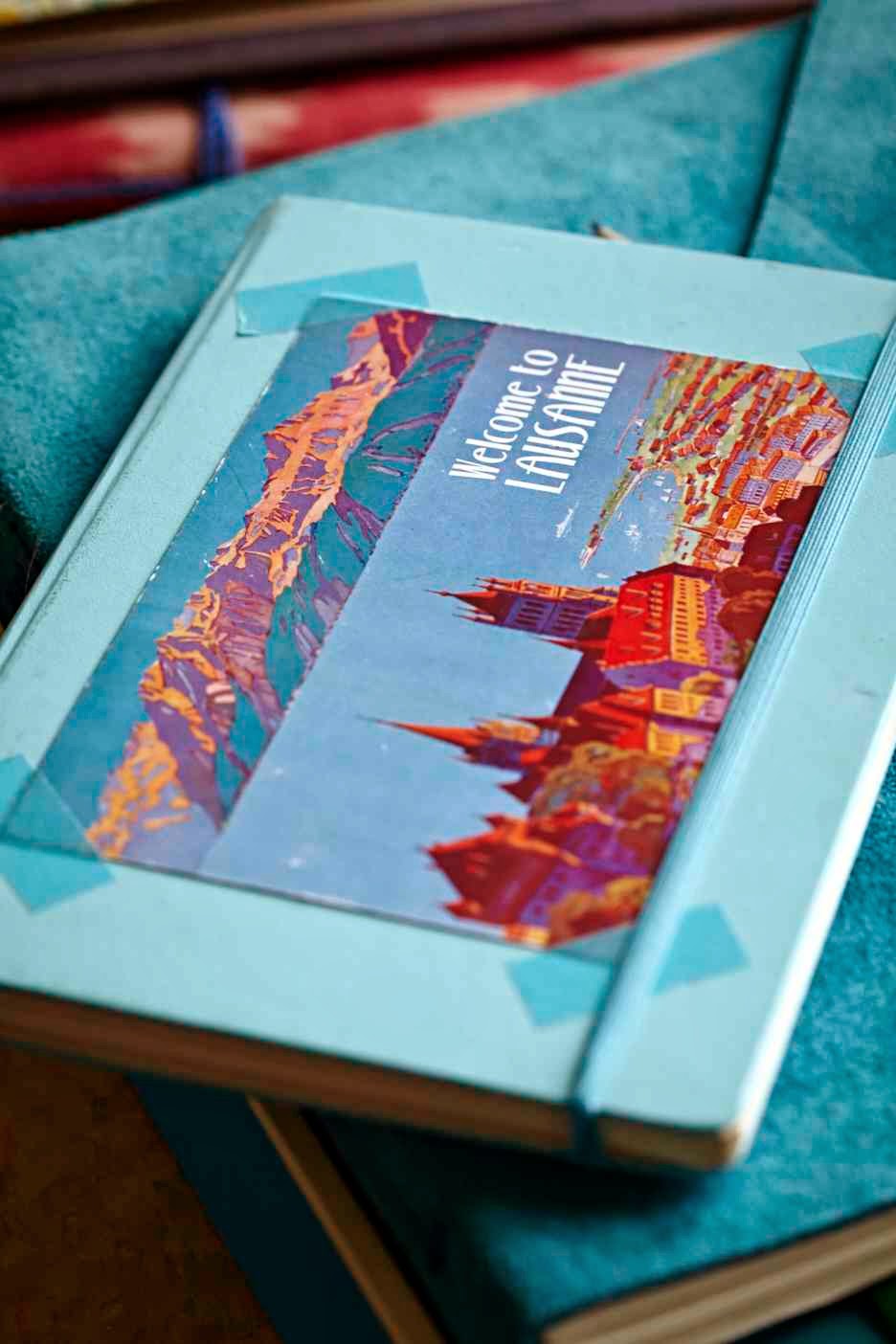 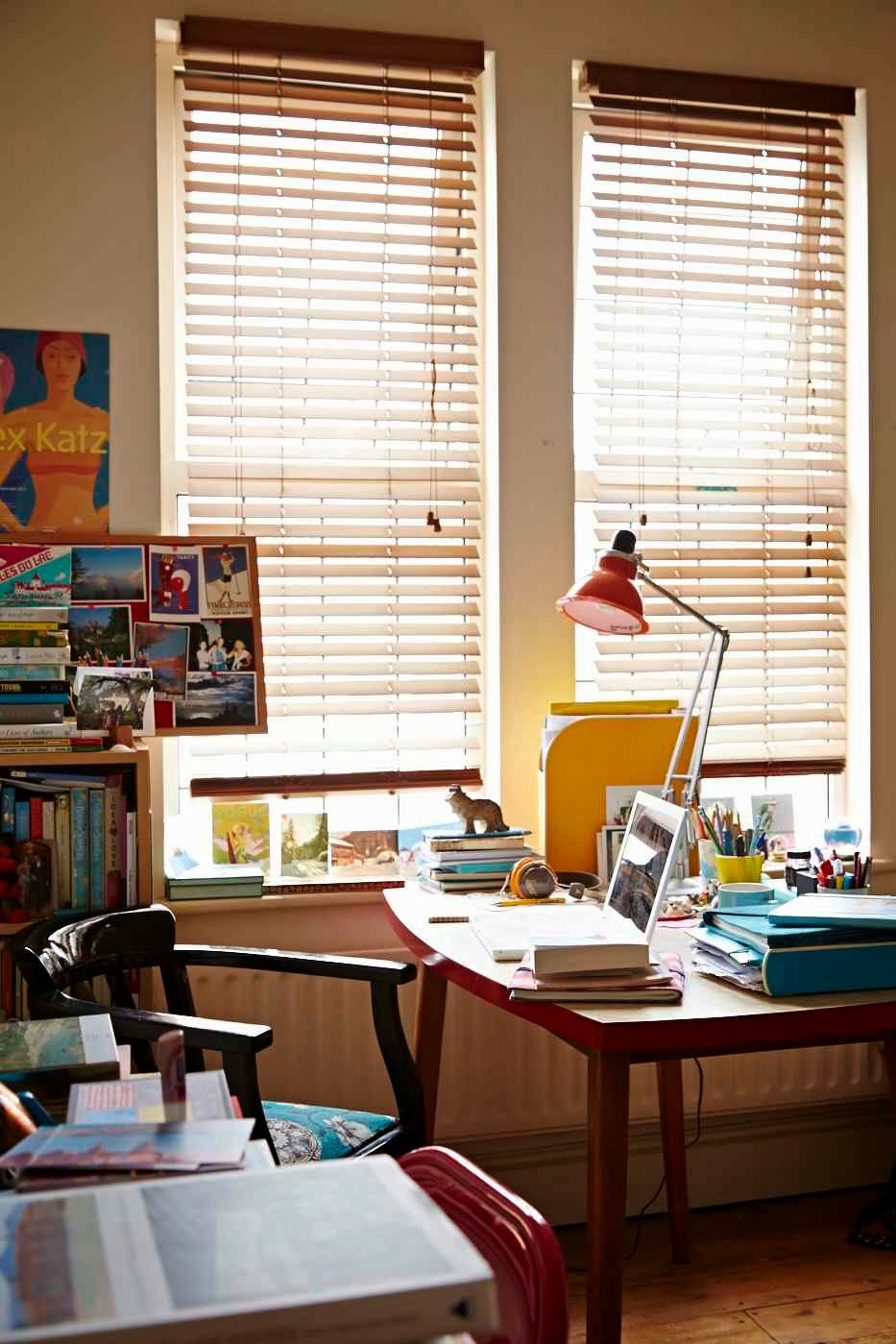 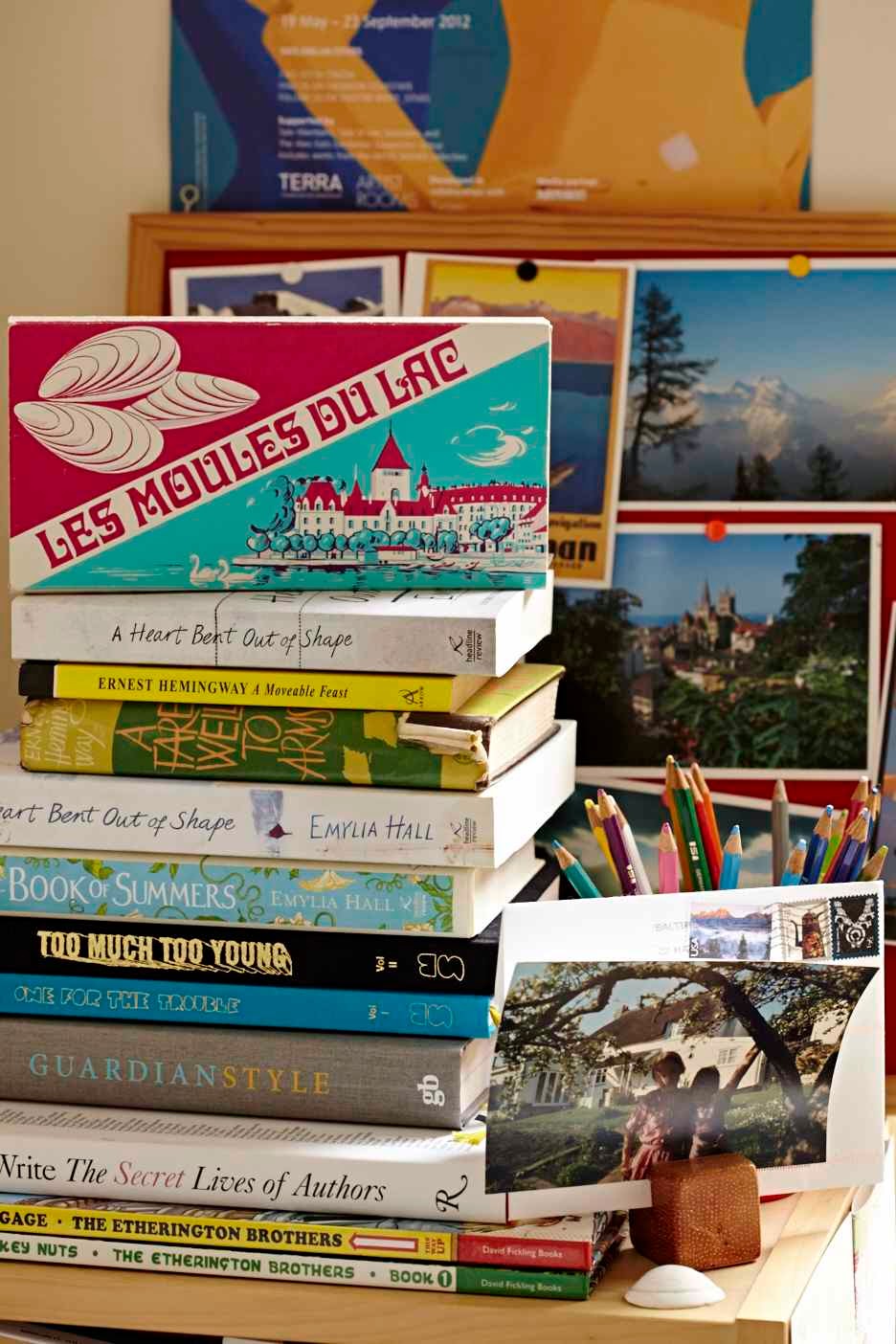 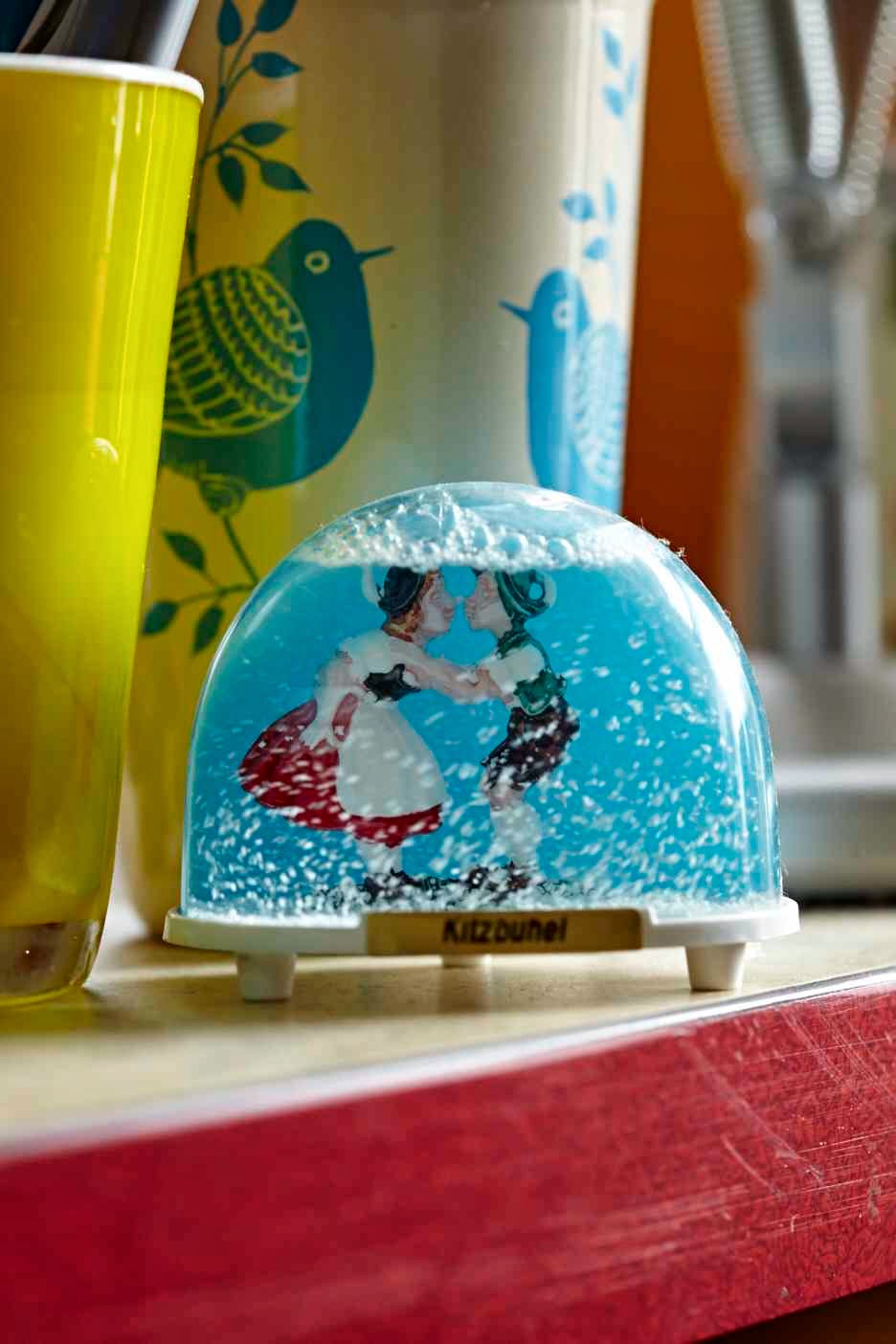 I'm now installed in my new room. The light's different, the view's changed, there's no fireplace, no floorboards, but all my stuff is here. While my old room marked a new phase in my life as a writer, so too does this one. And while I know that things are going to change remarkably and beautifully and terrifyingly in the coming months, I hold on to the idea that my Writing Room - whatever its location - will stay constant. Solitude. Lamplight. Coffee. Colour. A place of books written, and books yet to write.
Posted by Emylia Hall at 09:46

I don't know about you, but I feel as though 2013 flashed past. My husband and his brother, the comic book creators The Etherington Brothers, recently put together a review of their year, and I was inspired to do the same. It's a great way of taking stock, appreciating what has passed, and what's still to come. Looking back, maybe it didn't pass as speedily as I thought, what with completed second novels, forays into thirds, international book festivals, and a baby on the way… Here's my 2013…

On 1st February I turned in the final draft (bar copy edits) of my second novel, A Heart Bent Out of Shape/ The Swiss Affair, to my UK and US editors. Second albums, second novels, it's all the same and it's HARD. I felt a huge sense of achievement as I finally hit 'send'. I remember that last day of editing and rewriting well, as it coincided with BBC Radio 6 Music playing a countdown of listeners' top 100 singles from the last ten years. I wrote frantically from 8am until 4.30pm, to the accompaniment of some fine music, my deadline drawing closer and closer with every song. For the record, I voted for Postal Service, Such Great Heights, which came in at no 60.

In April I was invited to the European First Novel Festival, as part of the Budapest International Book Festival, which meant three days of events in Hungary's capital, and a special book launch for the Magyar edition of The Book of Summers organised by my brilliant publisher, Park. My husband came along, as did my mum and dad, and the whole trip was a hugely memorable experience. My visit coincided with a month of frankly quite amazing promotion for The Book of Summers (aka Nyarak könyve), including a bespoke shop window in one of Budapest's biggest bookstores. Wow. I think that counts as my name up in lights (or at least in window decals…) 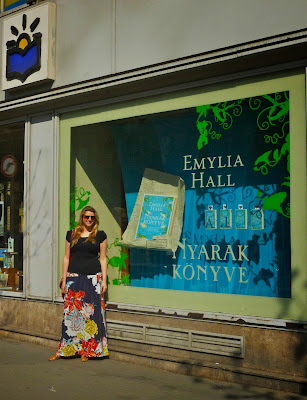 Also in April I spent a week touring Cornwall's Far West, as I felt my way tentatively into my third novel. I knew I wanted to set the story there, and after seven days in the region, I was surer than ever. I returned to Bristol with notebooks packed full of scribbles, reams of photographs, and bursting with inspiration.

My May was full of festivals. I went to Hay in the company of my husband, firmly in the role of literary WAG, and swelled with pride as I watched The Etherington Brothers play to a crowd of 900 children. Rockstars. Later in the month I attended Fowey Festival, in what was my first visit to Daphne du Maurier's heart-and-homeland, and had a ball. Bookish talk, paddling in crystal waters, and a Cornish cream tea - everything to like. Also in May I went to Stratford-upon-Avon to appear on a How To Get Published Panel, which just happened to take place on Shakespeare's birthday. The day turned out to be memorable for other reasons too - I met author Susan Fletcher for the first time, and we drank white wine and ate mini burgers in a pub by the river. Of the many writers whose work I admire, Susan is top of the heap, each of her four novels are, to my mind, perfect. To meet someone so inspirational, and find that you enjoy the person every bit as much as their work, is very, very special. A good month then, May.

In June the thirteen libraries within the London borough of Redbridge voted The Book of Summers their Fiction Winner in the Big Red Read Awards. I got a trophy and everything. The award means a lot, because it's voted for solely by library go-ers and book groups. Thank you Redbridge!

In July I signed a new two book deal with my brilliant UK publisher, Headline. Thank you, thank you. With The Book of Summers and A Heart Bent Out of Shape I couldn't have wished for better support from a publisher and the particular team I work with, and I feel incredibly lucky to have found them, and even happier that they want to keep on working with me. Suddenly my initial scribblings for a Cornwall-set third novel picked up pace, as I was possessed of a deadline once again. Woo-hoo! Also in July I discovered I was expecting a baby. This rocked mine and my husband's world in so many wonderful ways, and still amazes us daily. As I write there are just nine weeks to go until my due date (d-day). Here's hoping the little fellow stays tucked inside at least until then… mainly because of that aforementioned third novel deadline!

In August I returned to the Edinburgh International Book Festival for the second time - this visit was to talk about A Heart Bent Out of Shape. Advance copies were made available just for festival go-ers, and it was a real thrill to talk about my new book in such a distinguished and spirited environment. The best part was that no one seemed to notice that I was feeling sick, not drinking, and getting a little swollen in the stomach region…

By the end of August The Book of Summers had come out in Sweden, Norway, and Holland, and was published for the second time in Spain and Italy, this time as a paperback. Earlier in the year I'd interviewed the translator of the Hungarian edition for my blog, and gained a brilliant insight into the wonderful world of work in translation. In May 2014, The Book of Summers will be out in Germany, where the brilliant btb/ Random House are making it their lead title for the summer. That's eight translations in all… now I just need to learn how to say 'exciting' in eight languages... 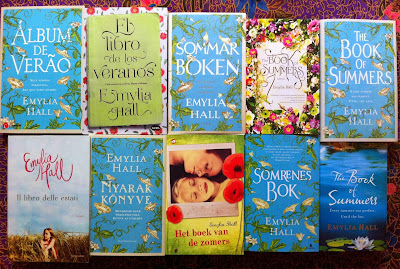 In September A Heart Bent Out of Shape was published in the UK, Australia and New Zealand, a day I celebrated with almond croissants, and beautiful flowers from my publisher and agent. Over the next few weeks I was lucky to get some fantastic press reviews, as well as enjoying the much appreciated support of book bloggers, and making some new Twitter friends in the process. Big thanks to all who've read and reviewed my book, particularly Lindsay at the Little Reader Library, Jo at Jaffa Reads Too, Megan at Reading In The Sunshine, Mary at Our Book Reviews, and Sharon at Jera's Jamboree whose blog write-ups gave me particular reason to smile. My dad helped make my publication month really special by lending his artistic talents to The Swiss Sketchbook, a series of ten pictures I commissioned to mark the launch of my Lausanne-set novel. Also in September I enjoyed inviting Sainsbury's Magazine into my Writing Room, being interviewed for Devon Life, and appearing on the surf and snow magazine Cooler's site, where I talked about how my life as a writer really began in the French Alps. In what was a busy month I also had original short stories appear in My Weekly magazine, and the Sunday Express, where I channelled my love of tennis and faded sports stars into a tale called The Comeback Kid.

In November I appeared at my last event of the year - Book Slam. I love the Book Slam guys - I write a piece for their website roughly monthly, and I've a short story in their collection Too Much Too Young, which was broadcast on Jarvis Cocker's Show on 6 Music last year (one of the most exciting things to happen to me and my writing….). This final event of 2013 was a doozy though, and I read from A Heart Bent Out of Shape. Also on the billing was William Boyd (who am I kidding, he WAS the billing) who was there to talk all things James Bond. He signed my copy of Any Human Heart, a favourite book, and wrote a Christmas message to my sister in her copy of Solo. Happy, happy days. In December, just before we all broke up for Christmas, the fantastic women's fiction website Novelicious announced their 2013 book awards, and chose A Heart Bent Out of Shape as their Book of the Year. WHAT a joy. I'm hugely grateful to them - for the award, and also a super lovely review which appeared at the start of December. Thank you, Novelicious!

So that was 2013, and what a wonderful year it was. A big thank you to ALL who've made it so special - you know who you are. 2014 looks set to be equally exciting, if not more so, as we anticipate the arrival of our little boy in March. Before then A Heart Bent Out of Shape will be published in the US and Canada as The Swiss Affair, the UK paperback will be released, with brand new cover art, and I've a first draft of my third novel to turn in to my editor. What am I doing? Enough reflection, I need to get back to work... Much love, and a Happy New Year to all, Emylia x