I was born in 1978 and grew up in the Devon countryside, the daughter of an English artist and a Hungarian quilt-maker.  After studying English & Related Literature at the universities of York and Lausanne, I spent five years working in a London ad agency, before moving to the French Alps.  It was there that I began to write.  I now live in Bristol with my husband, who is also an author.  Chosen by ELLE as one of the most anticipated debut novelists of 2012, I was also one of three writers to appear in the Red Pages Hot 100.  The Book of Summers is my first novel and is inspired by childhood holidays spent in rural Hungary.  The Book of Summers is published by Headline in the UK (where it's a Richard and Judy Summer Book Club pick), MIRA in the US, and will be translated into eight languages. I'm currently at work on my second which is due for publication in 2013.

I always loved reading and writing as a child, and wanted to be a writer for as long as I can remember.  But it was only when I quit my hectic London job and moved to France that I began to write with serious intent.  While working in a ski resort I quietly realigned my priorities and decided what mattered to me most.  I'm forever indebted to the high peaks of the Portes du Soleil for giving me the time and space to gently find my way with words. 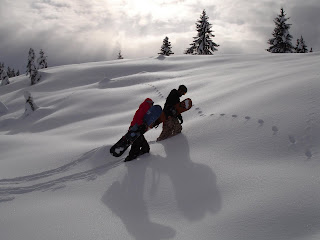 I returned to England with heightened ambition and won a short story competition in Country Living magazine, and another to celebrate the release of the film Becoming Jane.  My writing was published in The Observer, Cooler magazine and read on the Book Slam podcast.  I took an Arvon course, with tutors Louise Dean, Patrick Neate and Bidisha, and spent a week writing from a converted freight container in a remote corner of Scotland, on Polly Clark's Fielding Programme.  Both experiences buoyed my creative spirit for many months to come. 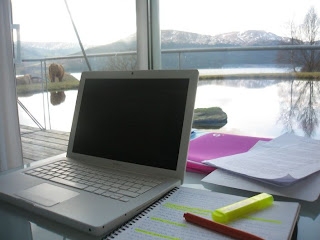 In 2010 I embarked on a sabbatical from my job in a Bristol marketing agency, living on a shoe-string and working part-time in a bookshop.  Throughout the year I regularly turned to my bookshelf for advice and wisdom: Anne Tyler for the best-expressed peccadilloes; Raymond Carver for knowing where to put the full stop; Rumer Godden's The Greengage Summer, Esther Freud's Hideous Kinky and Dodie Smith's I Capture The Castle for coming-of-age inspirations; Ernest Hemingway's epilogue to Death In The Afternoon for the stirring evocation of a foreign clime.

By early 2011 I had finished The Book of Summers and began looking for an agent.  I was lucky enough to find Rowan Lawton, now at Furniss & Lawton.  Over a period of three months we reworked aspects of my manuscript, Rowan's editorial input proving invaluable as in early July Leah Woodburn at Headline bought the UK & Commonwealth rights (excl. Canada) to The Book of Summers and a second, as yet untitled, novel. The USA, Italy, Germany, Holland, Portugal, Spain and Sweden followed. The summer of 2012 is set to be one I'll never forget.
Home
Subscribe to: Posts (Atom)