Cornwall in December, merry and bright

This time last week I was on the road to Cornwall, for a post-birthday, pre-Christmas treat. Our destination was Mousehole, a village I've come to know quite well. My new novel, The Sea Between Us, is set in Penwith, in a fictional hamlet called Merrin, and over the last year and a half I've spent as much time as possible familiarising myself with the landscape of the far west. This has been one of the greatest joys of my writing process. I've tramped coastal footpaths in the mizzle (that brilliant west country word for the killer combo of rain and mist), pitching up sodden at a deserted and wave-battered Lamorna Cove. I've clambered over rocks as unblemished and rounded as giant hens' eggs in the Cot Valley. I've been hurled by waves and wound up spitting saltwater bodyboarding at Porthmeor. I've talked to artists in galleries in St Ives, bought fresh fish from men in wellingtons in Newlyn Harbour, basked upon Porthcurno's golden sand. After about five weeks of exploring, and many more spent dreaming, I've fallen in love with this part of the world, and hope that shines through in my book. Last November I stayed at the Old Coastguard in Mousehole and wrote furiously (i.e. very happily - no one could fail to be happy and productive in such a place) for five days. I'd seen the preparatory structures of the fabled Harbour Lights then, the scaffold for a giant Christmas pudding, the five enormous points of a not-yet-shining star. I wrote a mention of the lights into my book, and somehow that didn't seem right without seeing them for myself, in all their blazing glory. So last week we bundled up our baby, and made our last trip across Bodmin Moor for the year.

In Mousehole the winds tasted of seasalt, woodsmoke wafted over the rooftops, and strings of fairy-lanterns laced the alleyways. We walked the streets at nightfall, a burning pasty in one hand, a cup of mulled wine in the other. The harbour lights dazzled, as we knew they would. Here are a few pictures of our winter weekend in the west. Three ships casting iridescent light. A Stargazy Pie that's my kind of size, and the ever-welcoming The Ship Inn. A particularly alluring garden gate on the road from Mousehole to Paul. Angry seas and a jellyfish-strewn beach at one of my favourite spots, Sennen Cove. Mousehole village at first light. And the view from the Old Coastguard garden - silver water, sprays of palm, the glorious sun on its way up - the natural world putting on its own spectacular light show.

I haven't written as many blogs as usual this year (babies! tsk) but thank you, as ever, for reading those I have. The Sea Between Us has now been thoroughly copy edited. The next time I see it it'll be type-set and ready to proof. There's a gorgeous cover design, which I can't wait to share. Soon it'll be printed, bound and, come August, ready for you too. Which is an exciting, nerve-racking, at times wonderfully unlikely (babies! tsk!) thought.

Here's wishing you the happiest of Christmases, and the shiniest, brightest, fun-filled (in fact, Mousehole-harbour-lights-style) 2015. 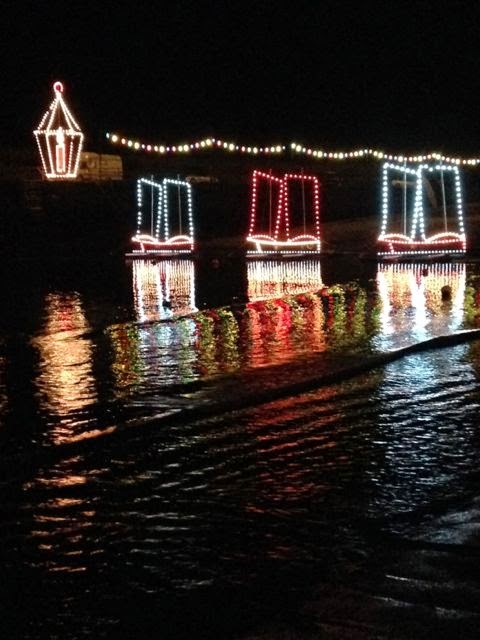 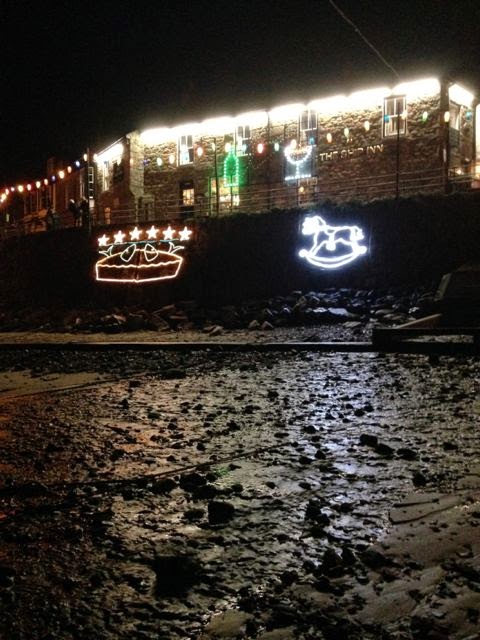 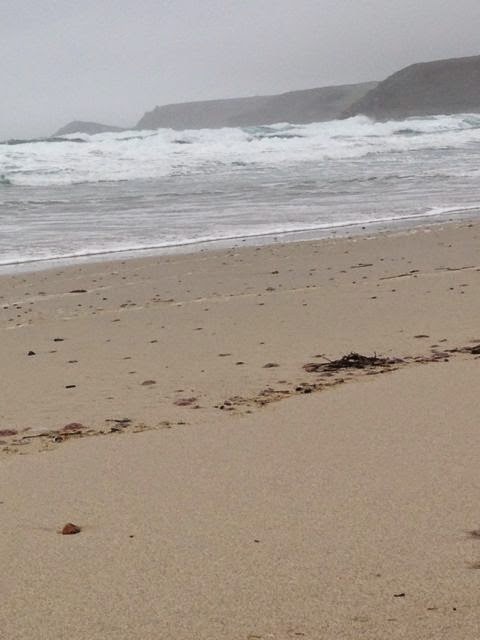 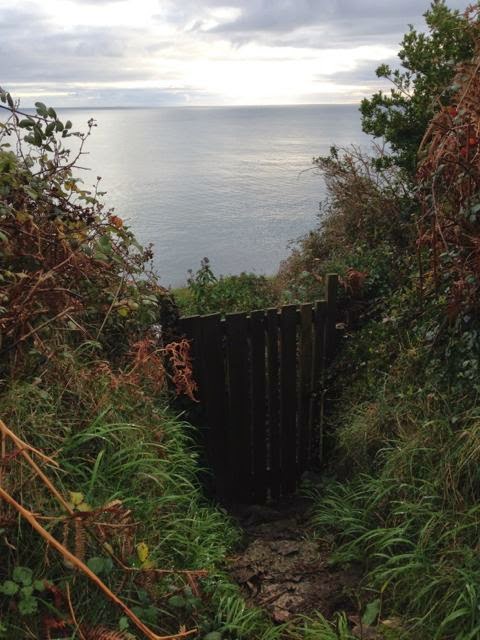 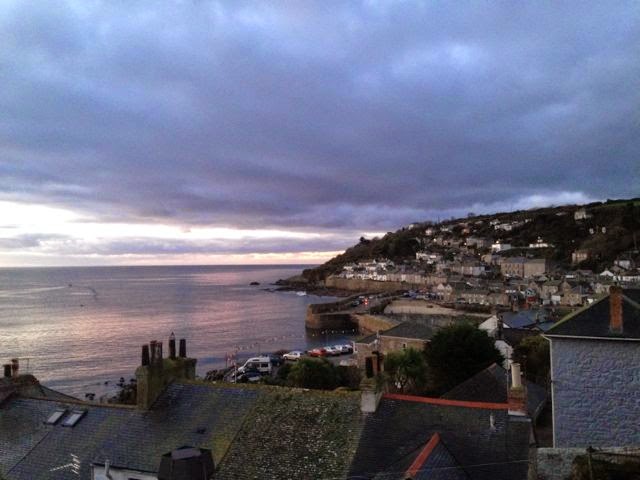 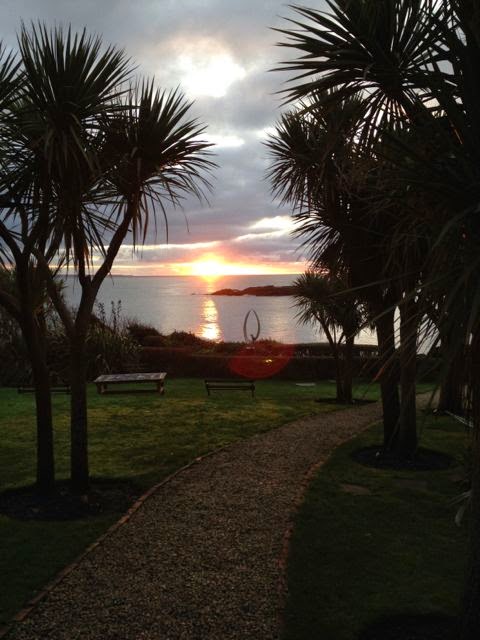 Devon-based holiday firm holidaycottages.co.uk are running a fab writing and photography competition for local school children. I was delighted to lend my support to it and write a piece for their blog about my favourite Devon places. I went for a smugglers' tunnel, a hidden cove, and a storybook valley… you can read the 'where and why' HERE. 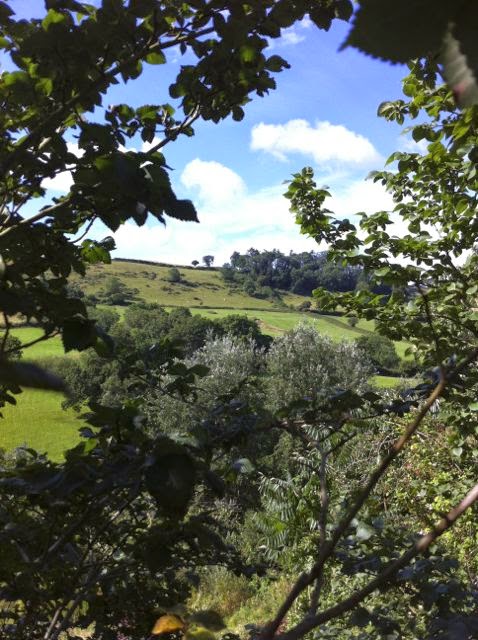